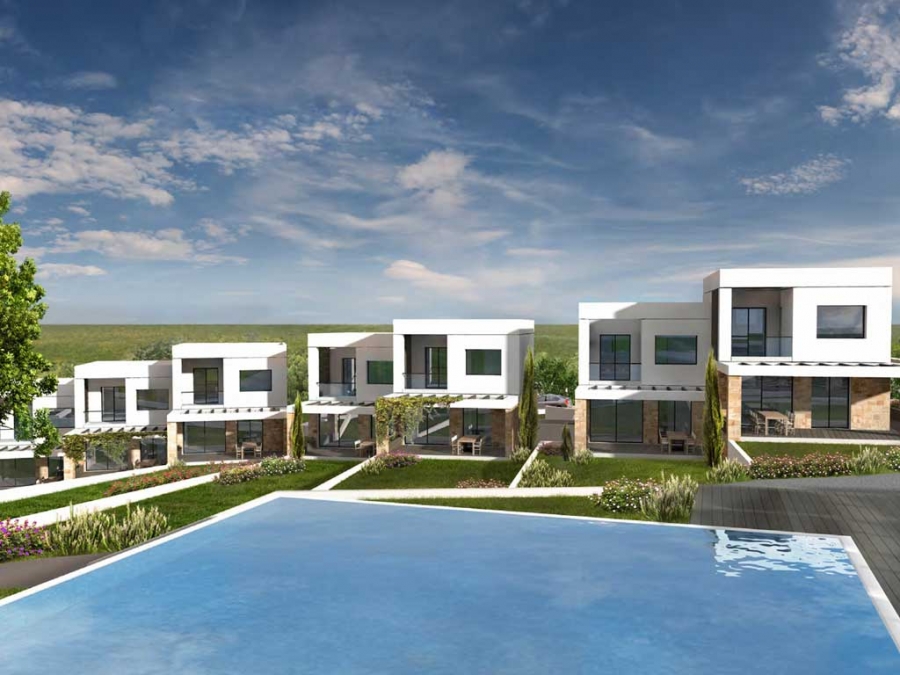 Our project is located approximately two hundred meters higher than the sea level and very close to Kalandra and Posidi. It is a settlement built at the slopes of the green hill with extravagant view to the lower gulf. Five buildings’ groups and totally 32 two-floored houses consist the colony at Kalandra’s hill. The access to the colony comes true from the west and inside it’s the cars’ and pedestrians’ movement is done via a central ringer which leads to all the blocks and from there paths and outdoor stairs, which lead to houses’ entrances, begin. At ringer’s edges and next to the courtyards the parking places are handed out. The green dominates the colony, inside the proprietary courtyards and also at the communal spaces and thus, consists continuity of the natural landscape. At the west and next to the entry-exit, there is a communal tennis court. At the eastern part, two pools have been designed, one for adults an infantile one, with sunbeds and umbrellas, each one for every colony’s house.